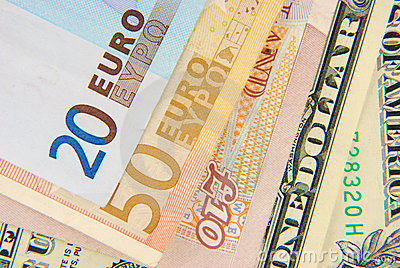 mixed20currency.jpg#https://assets.nationbuilder.com/groenwestvlaanderen/pages/1439/attachments/original/1527762444/mixed20currency.jpg?1527762444#image/jpeg
Perhaps the most fascinating part of my work as Councillor of Social Affairs is the standing committee sessions on Thursdays at Council Chambers with a bipartisan team of 9

individuals. This session can also be the most depressing. Reason for this irony is that the sessions give me a welcome break from policy work and research and provide opportunity to deal with individual dossiers. We even get to invite, from time to time, individuals in person for a "chat" prior to decisions on their financial and / or material needs. When it is deemed necessary for an individual to be invited for a chat, it is most likely because his or her case is on the verge of being adjudged negative. Theory is best served when policy-makers get a chance to apply these to real cases as is the case on Thursdays.

The vast majority of cases
that the sessions handle are approved; which is good. It is good to be part of
a decision to give a struggling individual the needed cushion to turn his or
her life around. It is equally heart-aching when you have to make that call
because it's the law or because a case calls for an individual taking personal
responsibility for one's life. The cases are as diverse as the individuals. It
is sometimes about a single mother who realizes that gainful employment holds
the key to self-actualization but raising the kids singlehandedly means that
holding a fulltime job is next to impossibility, until at least the kids are of
school-age. Sometimes it is about a college student who, against all odds, is
determined to break the vicious circle of generational poverty by being the
first in the family to get higher education and secure a better future from his
generation going forward. But the family income can't guarantee the basic needs
of such a student. Of course he could take on an evening and /or weekend jobs;
just that the consequence could be that study hours that will guarantee good
grades are compromised. What about the man and family that says he's Afghan,
Sudanese or Tamil Tiger but the authorities doubt both his identity and story
of persecution because he's not provided sufficient proof to justify United
Nations refugee status? He gives up legal employment, goes underground after a
few arrests and release, and ending up as illegal resident with a pregnant
wife experiencing complications; his blood pressure is sky high while
having diabetic symptoms. Think of the 19 year old who left school at 17
without any qualifications or skills. He's being experimenting with drugs and
drinks since age 15, can't hold any of the 5 jobs pushed his way by social
assistants for more than a week and is a living proof of an individual
unwilling to take personal responsibility for his life.

In all of these situations
and circumstances, Council must take a decision, after all that is what it is
constituted to do. The decision, while being humane must also be within the
remits of the law. The big question is how prepared the decision-makers are
willing to be solution-focused rather than relentlessly seeking reasons to
justify a negative decision, to appease a growing apostles of spending cuts and
hard-line right-wing political ideologues. The opportunity to serve is golden.
More and more, I come to the realization on why career politicians take unkind
decisions. It's about re-election. But what about doing the right thing when
you had the chance to do so? Ultimately it's about striking a balance between
what your conscience knows to be right when you had the chance to make a
difference and dancing to the dictates of some ideologues who are fired up by
personal greed and the greed of the rich and powerful in the society.

All late evening Friday I
had being reflecting on the events of the concluding week, piecing together in
my mind's eyes my next Tuesday's questions for the Council Leader, ABC TV
Network replay of Obama Weekly Address, analyzing Warren Buffets opinion
piece in the New York Times entitled "Stop Coddling the Super-Rich" and trying
to catch up on the state of negotiations by Elio Di Rupo in forming a Belgian
Federal Government more than 13 months after elections. When my mind started
running wild, I decided that I could use a distraction. I found one in checking
up on my social networks.

A friend had just posted
the following on his Facebook Wall:

I commented on the guy's
Wall to say that nothing could be more true and apt, particularly when you look
at the current wave of spending cuts all around us. Cuts that are so deep they
come close to the bones of the most vulnerable people in the society. Some
would doubt that the riots we saw in the UK recently have anything to do with
the recent austerity measures of the Cameron administration but we also know
that the orange does not fall far from its tree. Yes there is global recession
but like Obama said on Thursday, the problem is not with the economy but with
politics. Something is fundamentally wrong with the conservative ideological
politics of protection for the rich and powerful and the systematic lynching of
the poor and middle class. All hope are not lost though, when you hear Warren
Buffet say yesterday that he doesn't need the tax breaks that the Right-Wingers
in both Houses of the US Congress are preaching. All hope are not lost when you
consider the recent measures introduced by the Australian Greens and passed to
law, to assist the poor and the vulnerable in overcoming hardship, particularly
poverty related to paying energy bills... So, Kola, you are damn right: there
is enough to go round if only a few rich and powerful could eschew GREED and embrace
FAIRNESS.

After signing off the
social network, my focus turned to my Colleagues-in-Council who are often all
too eager to negatively sign-off a dossier for social support under the guise
of spending cuts. I raced back to the coalition that is building around
limiting in far-reaching ways the Belgian social support systems to the most
vulnerable persons in the society. But what about Warren Buffet's warning about
stopping to coddle the super-rich (including himself and some of his friends)
if America wants to get serious with balancing its books?

I went back to bed with
some of these thoughts from Warren Buffet's opinion piece*:

I woke up about an hour or
two later with thoughts of a statement made over dinner a couple of days ago by
my teenage son: "Daddy, your generation needs to start serious work on a new
economic model because the current model isn't working" I remember I asked him
if the model he envisages should encompass more spending cuts. I'm not sure
anymore what his response was but I noted a rebellious, if not threatening
undertone in my Boy's polite assertion. Whatever model it is that his
generation will favour, I hope they realize that they MUST have to take serious
lessons from Warren Buffet, pointedly reject the Tea Party rhetoric and bury
the hard-line economic gospel of Bart De Wever's New Flemish Alliance.

*For the full text of Buffet's opinion article,
refer to: Stop Coddling the Super-Rich By WARREN E. BUFFETT http://www.nytimes.com/2011/08/15/opinion/stop-coddling-the-super-rich.html?_r=3&ref=opinion