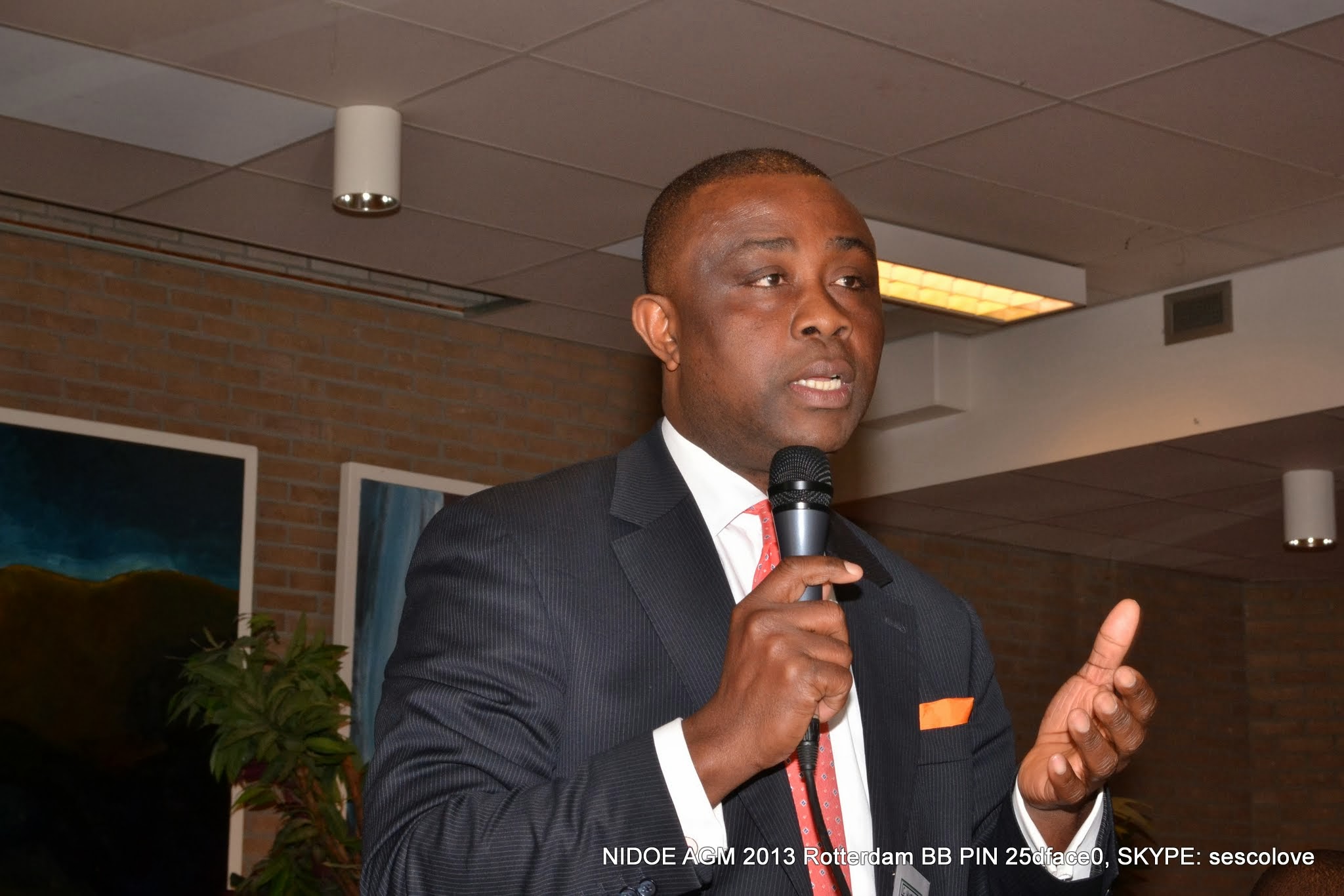 Chairman Board of Trustees, Nigerians in Diaspora Organisation Europe

Going by the title of this discourse, one would expect that our purpose will be to outline to you the nature and structure of the relationship between the Nigerian Diaspora and its Government. I am sorry to disappoint you because that is not what we shall be doing. Such relationship does not exist, at least not in clear terms. The good news is that work in that regards has commenced and intensified in the last half year to develop a coherent Diaspora ? Government relationship encapsulated in a "Nigeria National Diaspora Policy"

It makes sense for a country like Nigeria, which has a robust engagement with its Diaspora to have a national policy on the subject.  The absence of such policy has led, in part, to a question mark hanging over the relevance, if not the existence, of Nigerians in Diaspora Organisation (NIDO) as a veritable policy instrument for Nigeria in harnessing the huge human and capital resource deposits of its citizens resident outside Nigeria. The irony of the situation is that those who argue against NIDO, both openly and clandestinely have failed to come up with a viable alternative. They are aware that going back to the pre-NIDO era when there were thousands of Nigerian organisations abroad competing against one another, is senseless.

This paper derives mainly from a policy framework which the organisation has submitted to the Policy Technical Committee in the Nigerian Presidency. It is also anchored on over a decade of observation of the Diaspora landscape. It builds on initial consultations with late President Usman Yar'Adua who challenged Diaspora leaders in 2007 to come up with a viable way that government can engage the Diaspora Nigerians to enhance the vision of the government in Diaspora contribution to Nigerian development.  The Federal Government of Nigeria has received several Diaspora Policy proposals from NIDO over the past decade. Though they have consistently indicated appreciation of the robust expertise and resources within the Nigerian Diaspora community and the desire to work with the Nigerian Diaspora to develop Nigeria, it has not followed through in an equally consistent manner in developing institutional structures or framework to drive its commitment to the cause. It is gratifying that the current President, Dr Goodluck Ebele Jonathan recognizes the significance of Diaspora engagement mission. His support for the Nigerian Diaspora Commission and the Rights of Nigerians to Vote from Abroad are but two examples of where Mr President stands.

Nigerians in Diaspora remitted 21 billion US Dollar home, ranking among citizens of the top five countries in remittances to their countries in 2012. In the latest ranking by the World Bank, India led the pack, followed by China, the Philippines, Mexico and Nigeria in the fifth position. It is estimated that if the lucrative market of remittances via informal channels to Nigeria from the Diaspora is taken into accounts, Nigeria will most likely top the list. In Anglophone countries where the Nigerian Diaspora resides, they are known to be the most highly educated immigrant groups with expertise in various fields of endeavors.

From some important quarters, the view has been expressed that the lack of a policy on its Diaspora more than a decade after the establishment of an organ for a formal relationship with the Diaspora points to the absence of vision. Both the Diaspora and Government are served well by an articulated Diaspora policy.

The current medium of communication involving the Nigerian National Volunteer Service (NNVS), an office located in the office of the Secretary to the Government of the Federation, has been ineffective.

With the significance of Diaspora Nigerians as the second largest source of foreign earnings to the nation and a significant population of nearly 17 million, the Nigerian Diaspora qualifies as the 37th State of the nation that deserves a more dedicated official attention to protect and preserve the people and to utilize the human and capital resources for national development.

During the last administration, a Special Assistant to the President was appointed to deal with Diaspora affairs. Unfortunately, the mechanism for this interaction was never established and so the communication channels ranged from informal through verbal to indirect contacts that did not last because they lacked the official notes and enforcement elements needed to encourage the efforts of NIDO members and to achieve sizable gains for Nigeria.

In consideration of the potential significance of the Diaspora to the socio-economic development of Nigeria and limitations facing NIDO in the mobilization and utilization task, particularly in relation with the NNVS, NIDO would seriously want to see the establishment of a Cabinet level Office (or Special Advisor or its equivalent) with direct access to Mr. President and with adequate authority/powers.

The channel of communication is expected to follow this hierarchy up to the Continental leadership as follows:

The continental leadership should have a method of joint meetings and deliberations as a single council to harmonize the needs of the Diaspora and shall serve as an advisory body if needed by the Government.

As key component of its duties, NIDO must endeavour to reach out to Nigerian Communities abroad through their various groups, Organizations, Associations, and Professional bodies and articulate its mandate and that of the Government properly and widely.

The emerging dual relationship structure where NIDO exists side-by-side an umbrella Nigerian Community Welfare Organisation as is the case in the United Kingdom for example must be weighed against an integrative structure where NIDO provides umbrella for all Nigerian Community Organisations and individuals as is the case with Switzerland under the facilitation of Amb. (Mrs) Fidelia Njeze as case study.

A framework for the effective mobilization of Nigerians in the Diaspora should include formal mechanisms for the participation and facilitation of the efforts of various Nigerian entities in the Diaspora (i.e. individual and corporate Nigerians, and national organizations that depict "federal character" and are based outside Nigeria) in nation building. It is necessary that such mechanisms establish unequivocal executive and legislative recognition of Nigerians in the Diaspora as bona fide stakeholders in national development and purposefully ensure their overt inclusion and direct participation in the political process.

In order to ensure the success of any mobilization framework, it is imperative to enact a Government Diaspora Policy that clearly articulates a formal executive and legislative recognition of this framework and concisely defines the roles of the Nigerians in the Diaspora as active stakeholders in nation building.

This framework is a non-exhaustive working note expected to enable discussion amongst Nigerian Diaspora Policy stakeholders in the attainment of the mission of successful mobilization of the Diaspora expertise and resources towards building a robust relationship with Government for national development.

The ideals of Diaspora mobilization are noble, the time is right, the community is formidable, and with focus, commitment and political will, Nigeria will be greatly rewarded by a sustained investment in the Diaspora Community.